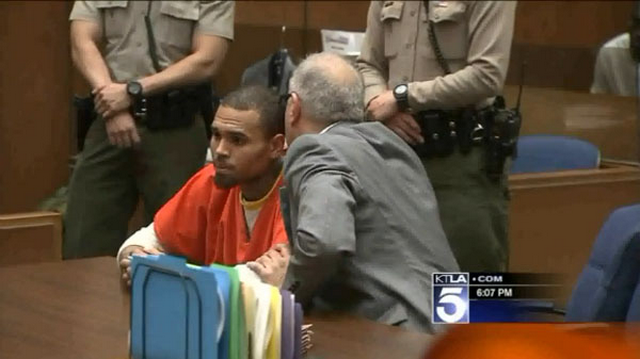 We knew it was too good to be true. Chris Brown staying in jail for a little over a month? No way. He’s too rich and too famous for that.

It looks like Chris Brown’s lawyer, Mark Geragos, is pulling off some Saul Goodman type sh-t. TMZ has learned that Geragos had a very special meeting with the lawyer for the man who was allegedly assaulted by Chris.

Why the secret meeting? Well, Chris Brown wants to pay the man off. He’s allegedly offering him “several hundred thousand dollars” to reach a civil settlement in the case. If the man takes the fat check, and agrees to the civil settlement, then the man will most likely tell prosecutors he wants to drop the criminal case.

The deal hasn’t been sealed , but TMZ is reporting that it could be done in a day or two. If this deal does happen, Chris Brown will likely be released from jail early next week.

We should warn you that this is just a report. Nothing has been confirmed, but it does seem like a move Chris Brown would make. He certainly has the money to spend, and we know he doesn’t want to stay in jail for a month. This is probably the only shot he has at being released early.

Money saves the day again. I need to get my hands on this money. Does anyone know where I might find some? And don’t say my bank account, I’ve already check in there.