Earlier this week we told you that one of the stars of the hit show Scandal was involved in a bar fight. Columbus Short got into an argument at a bar and ended up sucker punching a guy. The hit was severe, knocking him out for several minutes and breaking his nose.

Short left the bar before any emergency officials showed up, but we told you cops were investigating the incident. Well, now we have learned that Short was arrested yesterday on a felony charge. The 31-year-old actor was arrested in Claremont after a warrant was issued in the case. 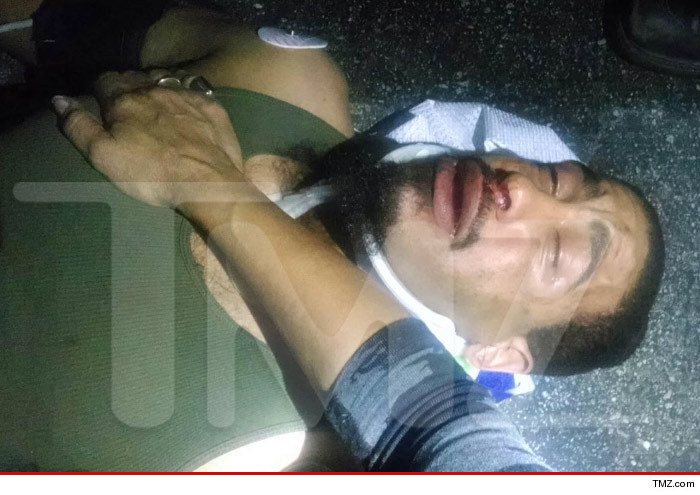 One of Short’s victims

As most of you know, Short plays an attorney on the show, so hopefully he’s been paying attention. He was released shortly after the arrest on $50,000 bail, but if he’s convicted, he could face up to four years in prison.

And a conviction certainly looks possible when you consider his long history with violence. The actor has been in multiple fights with his wife. On Valentine’s Day, Short was charged with misdemeanor spousal battery for pushing his wife during a heated argument.

He was also involved in a brutal fight on a basketball court in 2010. In that fight, he knocked a few teeth out and messed up the dude’s face.

As we said in the last post, don’t look this dude directly in the eyes! Wear protective gear if you are planning on being around him for a significant amount of time. He has fists and he’s not afraid to use them.