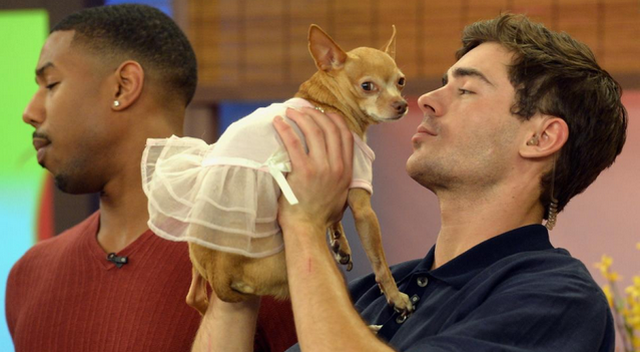 Zac Efron Claims He Was In Downtown Getting Sushi, Friends Believe He Was Getting Cocaine

This Zac Efron story is getting crazier by the minute! We told you yesterday that Zac got into a fight with a group of men in a very sketchy area of Los Angeles.

The 26-year-old actor claims he was driving to downtown L.A. at midnight to get sushi. He and his “bodyguard” ran out of gas, and they ended up getting in a fight with a group of men who were standing on the corner of the street. However, no one believes his story. Not even his friends. They believe he’s using drugs again, because who the f–k drives to downtown at midnight to get sushi?

One friend told TMZ the following…

“Zac’s a loner. He goes out rarely and the idea of him driving for miles to go to some sushi restaurant in downtown L.A. after midnight is preposterous.”

And guess what? The bodyguard who was with Zac during this whole thing isn’t even a bodyguard! He’s a convicted drug dealer, and a compulsive liar. He told TMZ that he was stabbed during the attack, and that Zac was just trying to help him out.

However, law enforcement sources say the only one who was bleeding at the scene was Zac Efron. The bodyguard was just “texting” when police arrived.

You can’t come back from that.