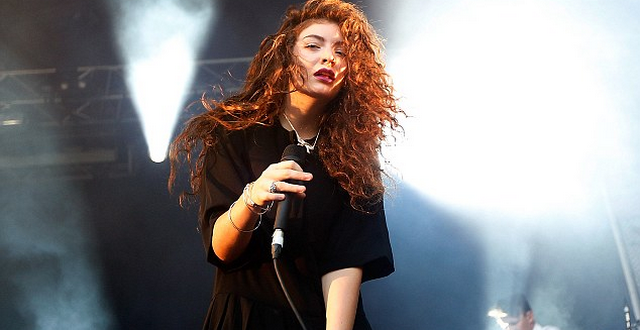 Lorde Finds Photoshopped Picture Of Herself, Points Out Flaws On Twitter

Lorde might get on our nerves sometimes, but there is no denying she’s a much-needed role model for young girls. So many celebrities her age are all about promoting the wrong things in life. It’s a nice change to see a young musician focused more on her music than her looks.

The 17-year-old pop star went on her Twitter account Sunday to point out a photoshopped picture of herself performing at Lollapalooza.

She wrote the following, “i find this curious – two photos from today, one edited so my skin is perfect and one real. remember flaws are ok 🙂” and then she shared the two photos you see down below. You can clearly see the difference. It’s a shame people feel the need to alter photos like that, especially when the singer isn’t even requesting it. Not everyone has perfect skin, and that’s okay! Why the hell should I care if the singer I enjoy listening to has perfect skin or not?

Last time I checked, a few pimples on your face doesn’t make you sing out of tune. I mean, who remembers Taylor Hicks from American Idol? He won that show! Even with his creepy dance moves and Jay Leno hair.

He might not have any hits out on the radio, but he’s still making money doing the thing he’s passionate about. He’s still bringing in enough to put the salt & pepper on the table.