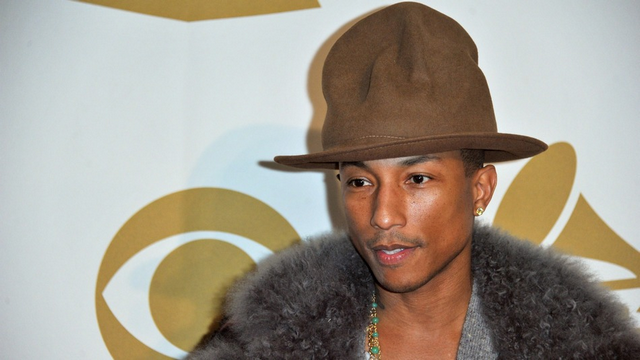 After a few weeks of speculation, NBC has made it official. The Peacock Network sent out a tweet yesterday to confirm the happy news.

Fans of the singing show have been urging Pharrell to join the show for over a year now. Usher brought him on the show as a guest mentor for his team last year, and the contestants and the fans loved him. News spread fast on the internets, and fans of The Voice seemed delighted by the news. Looking through Twitter it was hard to find one negative comment about the new addition.

Paul Telegdy of NBC Entertainment had this to say…

“It’s been a huge year for Pharrell, with recognition for his contribution in the world of music — the Despicable Me franchise soundtracks, his Oscar-nominated song ‘Happy’ and his Grammy-winning collaboration with Daft Punk on the breakout dance hit ‘Get Lucky.’ His dominance in record sales in 2014, coupled with his incomparable accomplishments in the world of fashion and design, make him an irresistible addition to The Voice family.

He has already made a considerable impact as a mentor, drawing on an impressive track record as both a producer and performer. It is a perfect fit for ‘The Voice’ as we evolve and reach for new heights with this franchise. It feels like we are welcoming an existing family member home.”

Damn, I need Paul Telegdy to write a press release about me. He made Pharrell sound like the greatest person in the world. Of course, it was probably easy with Pharrell. He’s accomplished so many things. The highlight of my life was when I knocked down three strikes in a row at a youth bowling tournament when I was twelve.