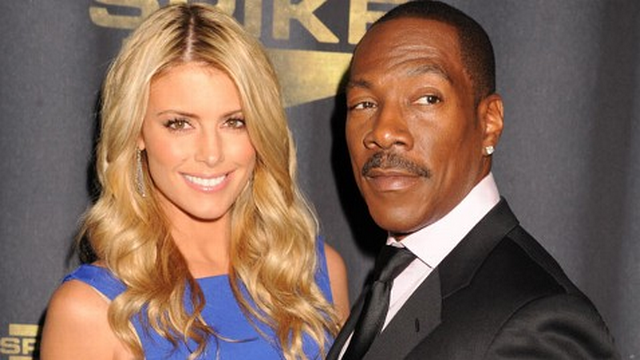 Eddie Murphy Is Surrounded By Hotness, Girlfriend Shows Off Bikini Body While On Vacation! (PHOTOS)

We all know how incredibly sexy Eddie Murphy’s two daughters are, but did you also know the 53-year-old actor has a hot girlfriend?

The MurphMaster might not be having any luck in Hollywood; however, it’s clear he’s having all kinds of luck in the bedroom. It’s also clear he’s one of those who fill their waffle cone up with ‘dat delicious swirl.

34-year-old Paige Butcher went on a family vacation with Murphy and his daughters down in Hawaii recently, and she looked pretty good in a tiny two-piece bikini. Not bad, huh? Especially for a 53-year-old who thought the film Norbit was actually a good idea. Anyway, let’s get back to his hot girlfriend. Butcher is an Australian model, and she recently talked with Vanity Fair. She admitted to the magazine that working out her stomach is fairly easy now that she has learned the trick.

“For my stomach, I don’t do sit-ups. As a lingerie/swimwear model, I spent days on set flexing or holding my stomach in for work. I found that by the next day my stomach would be killing me. I was like, wow, this is a really good workout, just holding your stomach muscles and flexing.

Slowly, over the years, even if I’m sitting on the couch, I’m flexing my stomach muscles. I’ve gotten to the point where if I’m not flexing my stomach, it feels weird. So throughout the day, any activity I’m doing, my stomach is always in a flexed position.”

There you have it, ladies. If you want to look like a swimwear model, all you have to do is flex your stomach muscles while you sit on the couch and watch Shrek 15!