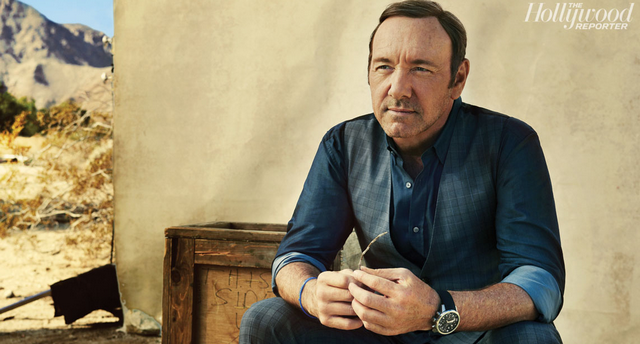 Kevin Spacey Needs His Space, Hates Being Asked About His Private Life

Most celebrities don’t seem to mind sharing every single detail of their personal life online. They share family photos on Instagram, old lasagna recipes from their Grandma and even how many times they poop a day.

The truth is, a lot of celebrities love the attention. They complain and act like they don’t, but their actions show something entirely different.

However, Kevin Spacey seems to be one of those rare celebrities who actually enjoys his personal space.

The House of Cards star talked with The Hollywood Reporter recently for their cover story on the April 11 issue of the magazine. He sat down for a pretty long interview, but he refused to talk about his private life.

“Spacey, whose only permanent home is in London, fiercely guards his private life. In fact, his affable demeanor shuts off the moment he is asked about it.” Lacy Rose writes in the magazine.

The 54-year-old told the magazine the following…

“Let’s let people live their lives and do it the way they want to do it. All the chips will fall in the end, and we’ll all be judged by a much higher power than Entertainment Weekly can.”

Rose suggests Spacey’s response might have something to do with the 1997 Esquire article titled, “Kevin Spacey Has a Secret.” The article questioned the actor’s sexuality.

Back in 2010, Spacey told Daily Beast that he has never and will never talk about his personal life.

“I am different than some people would like me to be. I just don’t buy into that the personal can be political. I just think that’s horses–t. No one’s personal life is in the public interest. It’s gossip, bottom line. End of story.”

It’s a good thing more celebrities aren’t like him. I might actually have to find me a real job.