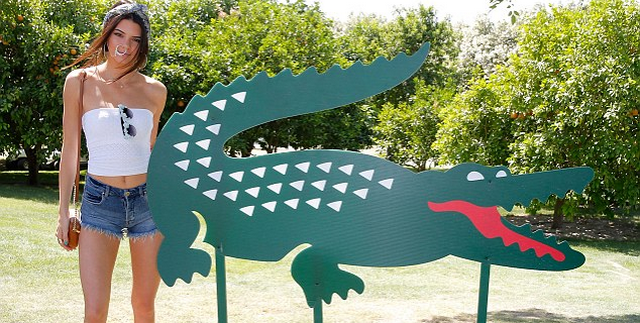 Hey Kendall Jenner, There Is Something In Your Nose!

Every important person from Hollywood seemed to be at Coachella this weekend, which makes us wonder who let Kendall Jenner in. The 18-year-old sister of Kim Kardashian partied hard at the three-day long music festival.

She partied so hard that at some point during the festival, she convinced herself that putting this enormous ring in her nose would be a good idea. What the f–k? Are you really that desperate for attention, Kendall? Do you not already receive enough attention from your almost 10 million followers on Instagram? Look at those legs! Damn. They look delicious. The things I would do with those legs. I’d give anything just to place my hand on that lovely thigh for just one minute.

I wonder how much he’d charge me?

Haha! You see what I did there? You thought I was talking about Kendall’s legs the entire time, but I was really talking about the fabulous dude next to her.

What a riot I am, huh? I need my own special on Comedy Central. I hear Stephen Colbert is leaving.