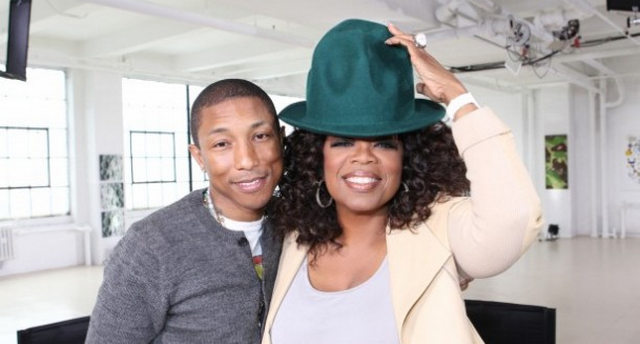 Oprah Made Pharrell Cry And We Have The Video! Grab Some Tissues!

Okay, the title might be a little misleading. Pharrell did cry during an interview with Oprah, but it wasn’t Oprah who made him cry.

He was just so freakin’ happy!

“It’s overwhelming because it’s like I love what I do. And I just appreciate the fact that people have believed in me for so long, that I could make it to this point to feel that.”

Oprah then stepped in to help him out by adding this…

“I so now get why it’s so infectious because it came from such a clear space. That the energy was absolutely uninterrupted by anything other than allowing it to flow from heart to heart. And that’s what happens when you see it.”

Watch the emotional video down below…

We know there will probably be some people who make fun of him for crying on Oprah, but f–k all that. This man is the real deal, folks. If I made something that spread so much joy around the world I’d probably be crying my eyes out, too.