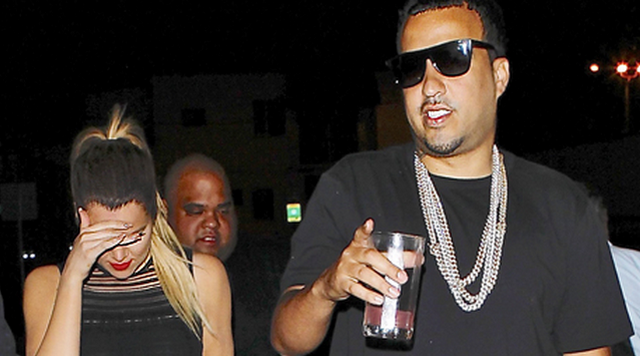 Khloe Kardashian is moving on from her estranged husband Lamar Odom. The 29-year-old reality star has been getting very close with rapper French Montana recently.

Apparently, French Montana was in a relationship with rapper Trina, but she allegedly dumped his a** when she found out he was hanging all over Khloe at a strip club earlier this month. Trina does admit they weren’t officially boyfriend & girlfriend, but they were living together.

On Sunday, Khloe Kardashian went out on a proper date with Mr. Montana. They reportedly had a nice dinner at Philippe Chow in Beverly Hills.

It’s clear Khloe wanted to look good for her date with the Treasure State. She was seen wearing this sexy ’90s outfit. 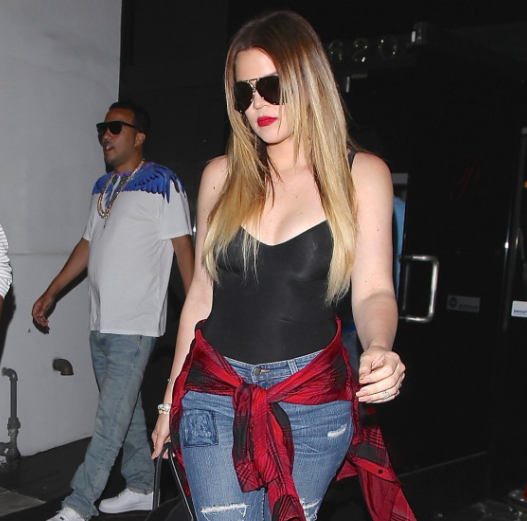 I am not sure if her outfit is just so stylish that it makes everyone else in the photo look bad, or if Mr. Montana’s shirt in the background is so hideous that a piece of trash would look better by comparison.

Honestly, I don’t understand why Khloe is going out with this dude. I know people always call her the “ugly” Kardashian, but I know she can land a better dude than this.

Come on, Khloe! You are an attractive lady. Don’t settle for this… 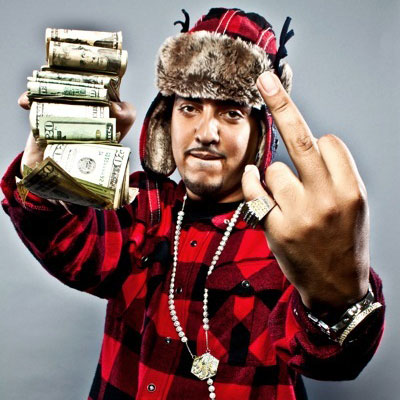