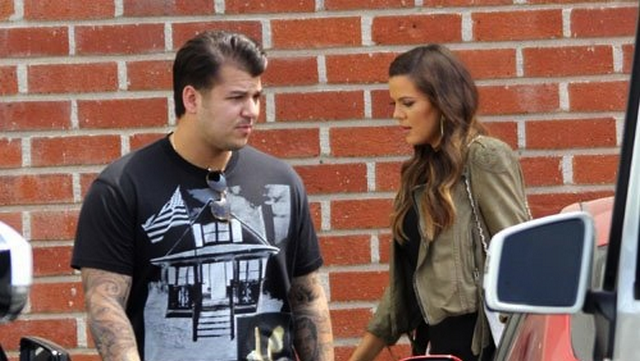 It’s hard to feel sorry for a Kardashian, but Rob Kardashian is a mess. As you all know, he’s been struggling with his weight for a while now, and it’s reached the point where he doesn’t even want to see himself in the mirror.

According to a report in Star magazine, Rob Kardashian checked himself into The Meadows trauma and addiction treatment center in Arizona. He’s being treated for depression and substance-abuse issues.

“Rob has been checked into The Meadows for about a month for substance-abuse issues.” The source told the magazine. According to multiple sources, alcohol, weed and an addiction to prescription cough syrup is to blame for his weight gain.

As some of you may have noticed, Rob did not attend the Kardashian family vacation in Thailand. An insider told the magazine that he “has completely retreated from the family, and from his friends. But within the last few weeks, Rob has reconnected with Lamar.”

Lamar, huh? Hopefully he doesn’t regret that decision. We also hope he’s “healed” before his sister’s wedding in Paris. It would be a shame if he had to miss the event. We all know how entertaining that wedding is going to be.

Don’t give up, Rob! It gets better. We’re on your side.