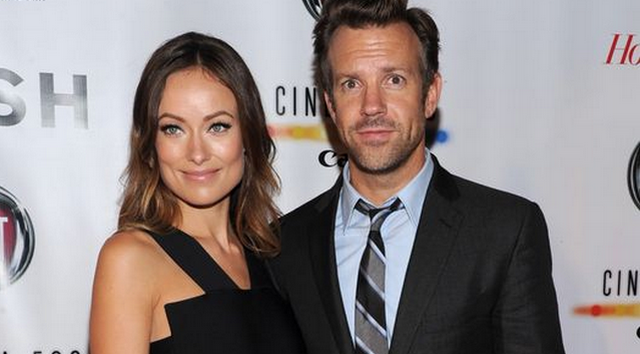 Olivia Wilde Says Pregnancy Has Made Her A Big-Breasted Goddess

When Olivia Wilde first found out she was pregnant, she was understandably a little nervous. She thought she was going to do her best hide to hide the baby bump, but things have changed now that she actually has the bump.

She has learned to accept the changes going on with her body, and she’s actually really enjoying some of the changes.

“I’m like, double D, hello! I’ve never been in this section of the bra store! I’ve been flat-chested my whole life, so it’s a wonderful new world.”

The 30-year-old actress also joked with Lucky magazine by calling herself a goddess.

“I just thought, oh I’m going to hide this forever. But I ended up getting kind of excited to show the bump, as a badge of pride, like, ‘I’m a woman! Look at me making a human! I am a goddess!'”

As you all know, Jason Sudeikis is the lucky man who got to play a major role in the pregnancy. Jason and Olivia are currently engaged. She told the magazine that she feels no pressure to get married before the baby arrives.

“It’s certainly not something I feel pressured to do before we have the baby. I’m such a believer in marriage and I [already] think of him as my husband anyway.”

Good for them. Unlike Kate Upton, Olivia Wilde really did want a man with a sense of humor.