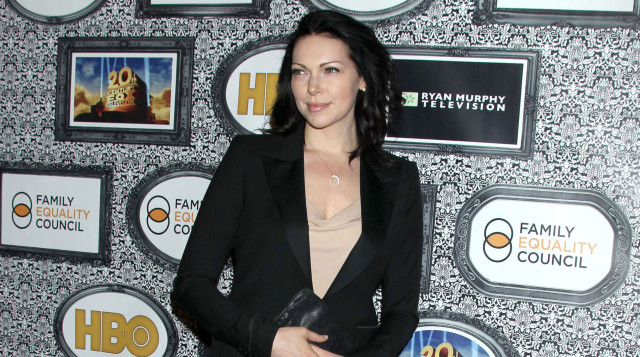 Laura Prepon Opens Up About Her Secret Relationship With Tom Cruise

You have heard the rumors. You have seen the denials by both parties involved, but now the truth has finally been let out of its cage. Are you ready?

Laura Prepon talked with SheKnows.com recently and addressed all those Tom Cruise rumors. Before we tell you what she said, we should tell you what “insiders” have been claiming. They claim Prepon and Cruise have been secretly dating for several months now. One source even claims it’s all anyone talks about on the set of Prepon’s show.

People assumed these rumors were true since the two stars both belong to the same cult/religion. However, the 34-year-old ‘Orange Is the New Black‘ star told SheKnows that the dating rumors are completely false.

“It’s just so funny that, when people don’t know, they just make stuff up … apparently I’m dating Tom Cruise right now. And apparently he doesn’t want me doing the show because I portray a lesbian and I’m a Scientologist. This is false; where are they even getting this stuff? It’s unbelievable to me.”

Aw, man! You mean Page Six was wrong again? We are shocked!

No one actually believed they were going out, right? I mean, Tom Cruise is at least six inches shorter than Laura Prepon. She would have had to pick him up every time he wanted a kiss.