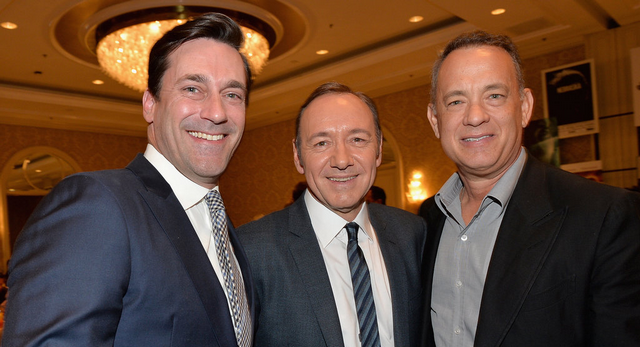 Jon Hamm is getting real tired of your sh-t, internet. It’s bad enough Justin Bieber has over 50 million followers on Twitter, but do you really need to add to the madness by talking about Jon Hamm’s penis?

Mr. Hamm doesn’t believe you do. The Mad Men star is turning into just a mad man. He told Men’s Fitness magazine that he’s tired of all the talk about how his penis. “Would you want people walking up to you and pointing at your dick? I can’t believe I’m still talking about this. But I’ve worn underwear every day of my life and the fact that I’m painted as this exhibitionist is a little annoying.”

This is Jon Hamm we are talking about, so we know he didn’t just end the conversation there. He told Rolling Stone back in 2013 that the whole thing is incredibly silly.

“It’s become a meme, I guess. Being someone who people want to photograph, you have to open yourself up to the positive and negative. It is what it is. If I get mad at it I’ll look like a douchebag. But it’s silly. They’re called ‘privates’ for a reason. I’m wearing pants, for f–k’s sake. Lay off.”

Why is he so annoyed by this? What’s wrong with having thousands of women on the internet fawning over your penis? He makes it sound like some unwanted superpower.

Just embrace it, Hamm! Rock out with your c–k out. Slap a chick with your dick. Stuff your schlong in a man thong. Grab your wiener, and slap her so hard you get a misdemeanor. Make her remember your member. Let her take a ride on your bologna pony, and then finish on her pepperonis.