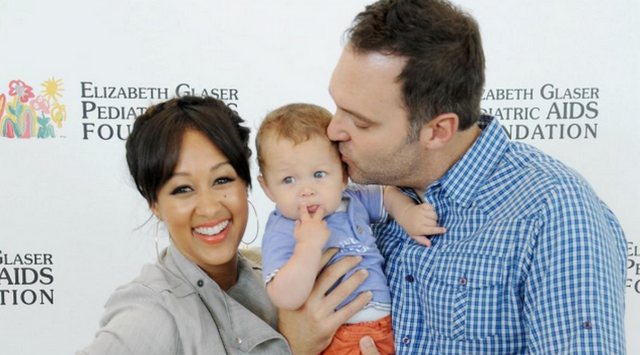 Tamera Mowry and her sister Tia will always hold a special in our hearts. They started making us laugh back in the early ’90s with their hit show, Sister, Sister.

Fast forward to 2014, and they are both 35-years-old and loving life. Tamera Mowry married Fox news correspondent Adam Housley in 2011, and the adorable couple had their first child together in November of 2012.

The 35-year-old mother just recently showed off her fabulous bikini body for In Touch. She also explained to the magazine how she managed to lose the weight after her pregnancy. She revealed to the magazine that she’s now at a healthy 127 pounds.

She admitted that she wasn’t too worried about losing all the weight right after giving birth. She didn’t start cutting her calories until she was finished nursing little Aden. Speaking of Aden, look at how adorable he is! There really is something magical going on with the swirl. I don’t believe I have ever seen an ugly swirl baby. Once you put that chocolate cake in the oven, and then top it with some creamy white icing, magic happens.