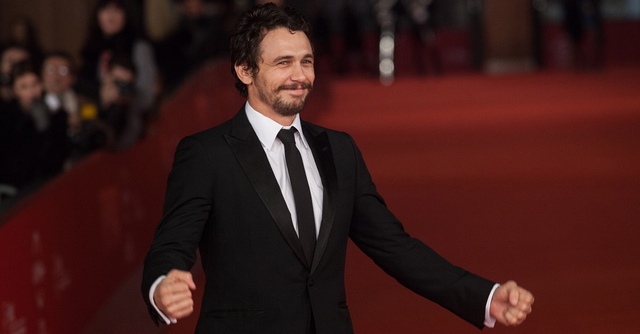 We all know about Lindsay Lohan’s sex list, and we all know that James Franco was one of the many men who were on the list. We also know that the list was legit. The 27-year-old actress admitted to writing the list while she was in rehab.

He did admit to kissing Lindsay Lohan, but he claims it didn’t get any naughtier than that. “Alright, maybe we kissed. It was lame.” Franco recalled.

And get this, Franco claims Lindsay Lohan broke into his hotel room in the middle of the night.

“She even broke into my room one time … I opened my eyes and there’s Lindsay in my room at 3 a.m. Yeah, that’s stalking.”

Interesting. Maybe she really did have sex with him. Perhaps he just doesn’t remember it…

Don’t take that seriously, folks. I am not honestly suggesting Lindsay Lohan raped James Franco. It was just a joke, and rape jokes aren’t funny. I am a horrible person. Whip me with a belt and then stick a banana up my butt.

But seriously, I think James Franco did have sex with her. He just doesn’t want to admit it. Yeah, he did swear on his mother’s life, but do we even know how close he is to his mother? He might secretly hate ol’ Betsy. We don’t know.