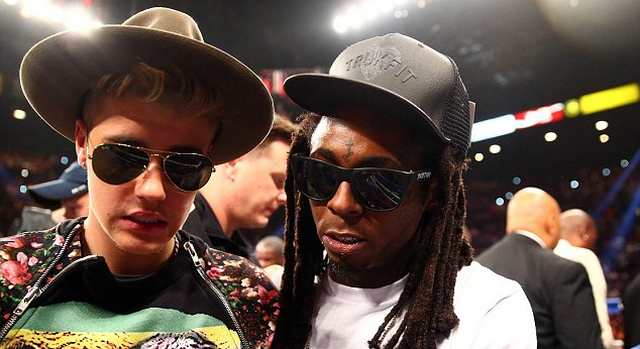 Oh, snap! It looks like Justin Bieber is loving having two girls fight for his attention. The 20-year-old singer took 16-year-old Kylie Jenner on a little date to Floyd Mayweather’s big fight in Las Vegas.

According to sources who talked with E! News, Justin and Kylie’s date didn’t end after Mayweather raised his hand in victory. They also hung out together inside the Hard Rock Hotel.

He looks more and more like Robin Thicke every single day. It’s a little creepy.

As you all know, Justin Bieber allegedly caused Kylie and Selena Gomez to end their friendship. He was apparently flirting with both of them, and they started fighting over the douchebag. It’s unclear just how accurate the reports are, but it is clear something happened between Kylie, Justin and Selena. 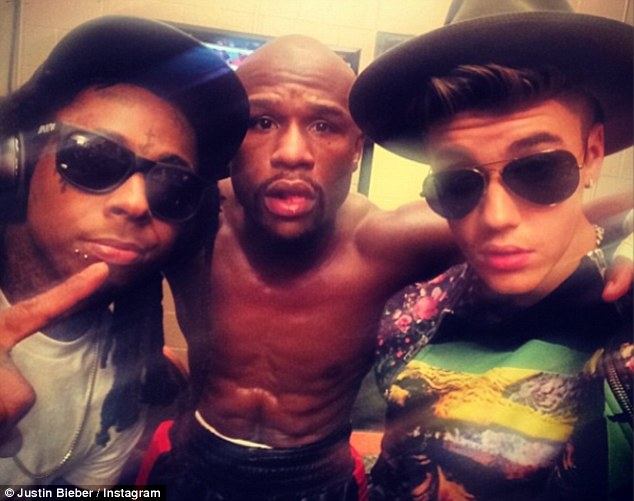 How adorable. Even with his shades on, he’s still doing that stupid thing with his eyebrows. You know, the thing Jaden Smith does in every single photo he takes?

Ugh. Make it stop! Oddly enough, Kylie Jenner and Jaden Smith reportedly had a romantic relationship together. I guess she has thing for that “imaginary sun in my eyes” look.