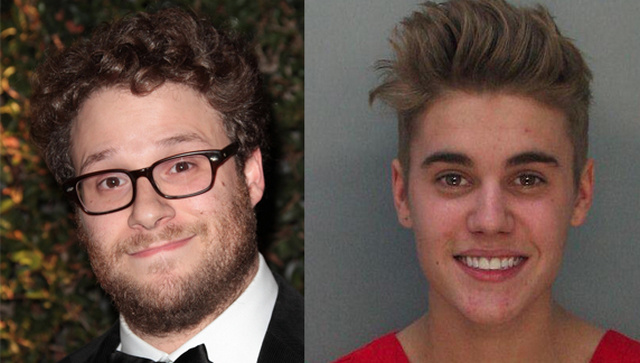 I can’t remember how many times I’ve thought about completely slamming Justin Bieber, and then thought, “Wait a minute. I don’t even know him! That’s not fair.”

But you know who has met Justin Bieber? Seth Rogen. And it’s clear Seth Rogen is not a fan of the 20-year-old singer. Rogen, who stars in the upcoming comedy Neighbors, discussed just how much he hates the Biebs during an interview with Howard Stern yesterday. He told Stern the following…

“I’ve met him a few times. He’s a good example of someone who you meet who you think you are going to hate and then you get to hate him as much as you [thought]…You meet him and he lives up to every one of your expectations of how you hope he’ll be.”

Rogen explains his first meeting with Lord Bieber came backstage at a German talk show. According to Seth, Bieber was the one who asked to meet the funnyman backstage. However, Seth claims once they did meet, Bieber acted like it was Seth who arranged the special meeting.

This makes me feel so much better about life. Just knowing that Bieber really is a huge douchebag is comforting. In a world full of lies, it’s nice to have a little bit of truth.

Gross. I need a shower. I think he has infected me with douchebaggery.