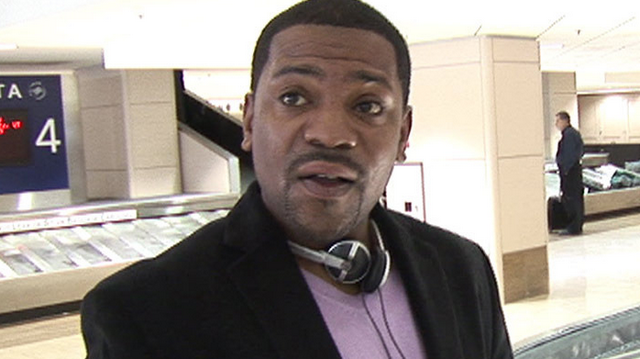 Mekhi Phifer Files For Bankruptcy, Reportedly Over A Million Dollars In Debt!

Mekhi Phifer is probably hoping Eminem will come out with a ‘8.5 Mile‘ right about now. The 39-year-old actor is broke, and $1.3 million in debt, according to court records obtained by TMZ.

Phifer, who is best known for his role as Dr. Greg Pratt on the show “ER,” filed for bankruptcy last month. He’s claiming around $67,000 in assets, which is nothing compared to his $1.3 million debt.

According to the legal documents, he spends almost $12,000 a month, but he only brings home $7,500 every month. It’s pretty obvious to see where he went wrong. Where is he getting this extra $4,000 every month? Does he have a money tree out in his backyard? And if so, can I come over for a BBQ?

TMZ also got their hands on Phifer’s small list of assets. He apparently has a 12-year-old Segway, a leather bed and an impressive collection of firearms.

That’s right, folks. A leather bed. He should be put in jail just for owning a leather bed. What the heck was he thinking? That’s something even those people who go around searching for trash on the street wouldn’t even pick up.