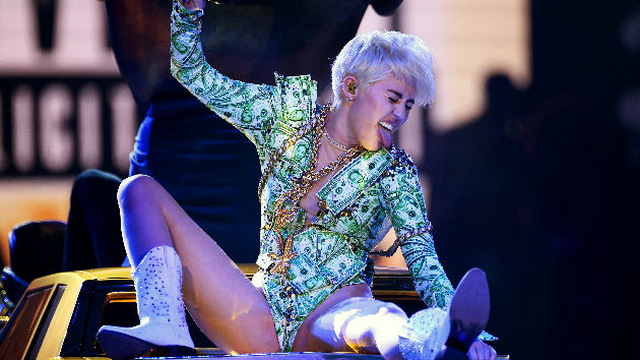 Miley Cyrus Continues To Deny Drug Overdose Reports, Compares Herself To An Athlete

The drug overdose rumors keep coming, and Miley Cyrus continues to deny them. We all know Miley Cyrus had to stay in the hospital for over a week last month. The tabloids claim it was because of a drug overdose (or a serious heart condition depending on which one you read) but Miley Cyrus wants her fans to know the truth.

She spoke at a press conference in London yesterday. The 21-year-old singer told the press the following…

“I’m the poster child for good health. You have no idea how ready I am. There is nothing I would rather not do than lay in a bed for two weeks. It was the most miserable two weeks of my life. I didn’t have a drug overdose. I took some sh–y antibiotics that a doctor gave me for a sinus infection and I had a reaction.”

Sadly, this is probably the 100th time she has to defend herself against the silly rumors. You take one trip to the grocery store, and you will probably see several magazines making bold claims about the superstar.

But Miley Cyrus says don’t believe the hype. She takes her tour seriously, so seriously that she refuses to drink or smoke before a show.

“I’m probably the only one on this tour who doesn’t drink or smoke before a show, as I take this really seriously. It’s almost like being an athlete being up here, because if someone was f–ked up, they definitely couldn’t do my show.”

That’s cool. I just want you guys to know that I take my job just as seriously. I don’t smoke or drink before writing these stories. I realize that it might seem like I am high, but I am not. I promise.