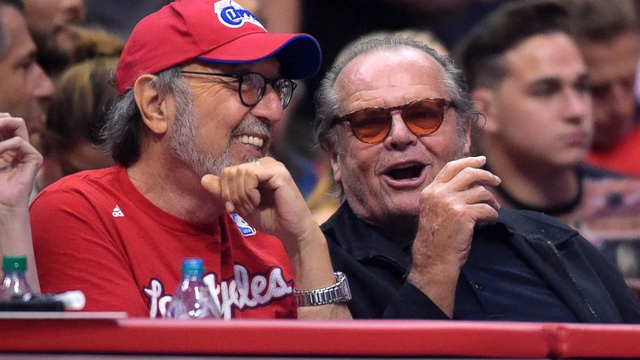 Jack Nicholson might be the world’s biggest Lakers fan, but he decided to support the other Los Angeles team this week. The 77-year-old actor went to the Staples Center for Game 6 between the Clippers and Thunder.

He appeared to enjoy himself during the game, and even told an ESPN writer that he was rooting for the Clippers. The writer then told him that he’s making fans of the Lakers nervous. He smiled and said, “Good.” 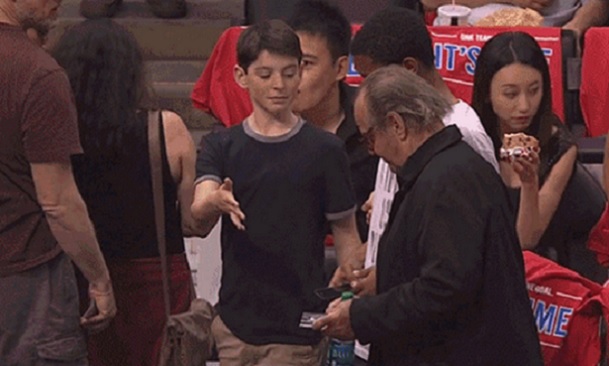 But it’s clear his heart is still with the Lakers. How do we know this? Well, because a young fan of the Clippers tried to give the Hollywood actor a handshake/high five, and Jack Nicholson didn’t even acknowledge him.

Check out the hilarious incident down below…

Damn, that’s cold! That poor kid even had his hand out completely straight and sh-t. He was ready to give Jack the best handshake he’s ever had. Look at his face at the very end, he’s accepting what just happened at that very moment.

Don’t feel bad, kid. You played it off better than Phil Jackson.