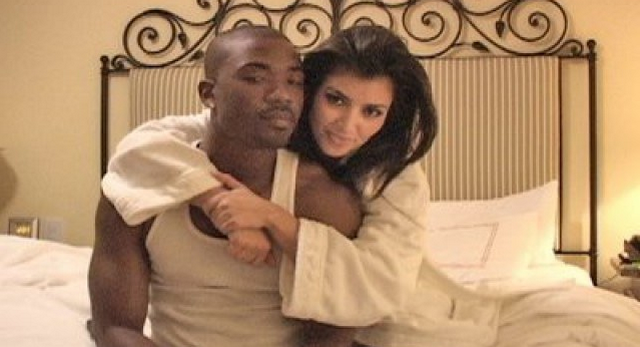 Most Amazing Wedding Gift Ever? Ray J Plans To Give Kim Kardashian Profits From Their Sex Tape

Ray J went to Trolling School and he graduated first in his class. The 33-year-old singer and younger brother of Brandy Norwood is trying to give Kim Kardashian a $47,000 check as a wedding gift.

It’s been almost seven years since the tape first hit the internet, and it’s still bringing in a lot of money. Kim and Ray J sold the rights to the footage to Vivid Entertainment years ago for $5 million. However, both stars are still receiving monthly checks from the video.

Below is what Ray J has earned the past four months… Pretty insane, right? According to sources who talked with TMZ, the tape has grossed $50 million, which is just ridiculous. All that for just having sex. Can you imagine? Being able to retire after making one sex tape? Anyway, if Kim Kardashian doesn’t accept the thoughtful wedding gift, Ray J claims he will donate the money to her favorite charity. How sweet.