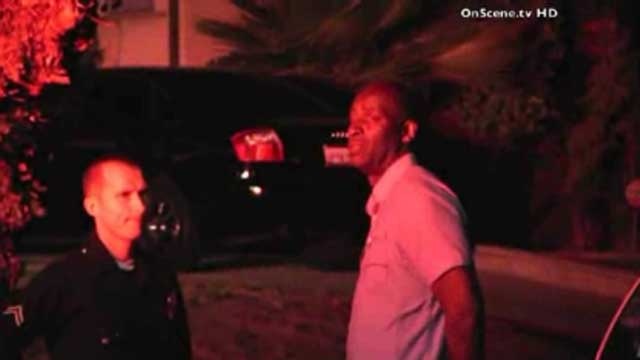 A truly heartbreaking story is unfolding this morning. Actor Michael Jace, best known for his role in the TV series “The Shield”, called cops Monday night to report he had shot and killed his wife.

Law enforcement sources say the 48-year-old actor called police around 8:30 last night to report the shooting. “I shot my wife.” He allegedly told the officers. Neighbors had reported hearing shots fired inside the home, and that’s when police received the call from Jace.

Adding to the sadness of the story, sources tell TMZ that Jace’s two young children witnessed the shooting. The kids, who are under the age of 10, saw their father shoot and kill their mother. Obviously, the kids were traumatized, and were later taken to the police station. It took Children’s Services nearly 4 hours to pick up the kids from the station. They are now staying with a family member.

Michael Jace was booked on a homicide charge. Police say Michael Jace is the only suspect in the murder of 40-year-old April Jace.

“It’s just so very unfortunate that a domestic incident like this occurs, we have two young children that lost their mom, and now their dad is in jail.”

Incredibly sad. We will keep you updated as the story develops.