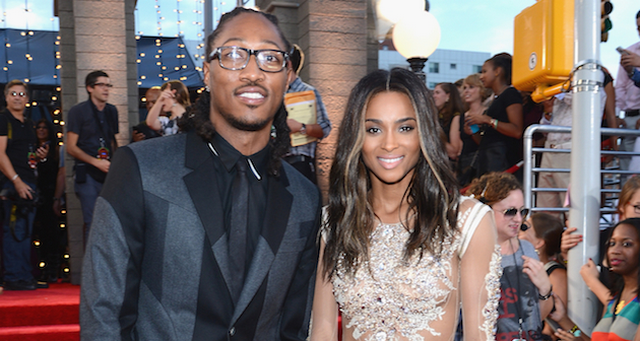 Congratulations to Ciara and her fiance Future. Page Six is reporting the 28-year-old singer gave birth to her first child early Monday morning in Los Angeles.

Neither star has officially announced the news, but it’s only a matter of time. As we mentioned, this is Ciara’s first baby, but Future is a veteran in the baby making field. This is the rapper’s fourth child. He has three other children from his previous relationships.

Ciara first revealed she was pregnant back in January. She announced the news on The View, telling the ladies of the show that she was super excited to become a mom.

And back in March, Ciara confirmed reports she was expecting a baby boy. She shared several photos from her baby shower, which included a blue and white cake, and a tiny pair of sneakers. Damn, this kid is going to have better sneakers than me! I guess it pays to have Carmelo Anthony as your uncle.

As for the baby’s name? Well, nothing has been confirmed, but the baby shower cake did have icing that said, “Baby Wilburn.” Some people have actually laughed at that name, but I actually think it’s pretty badass.

You don’t want to mess with a man named Wilburn. He will calculate yo’ ass to the moon.