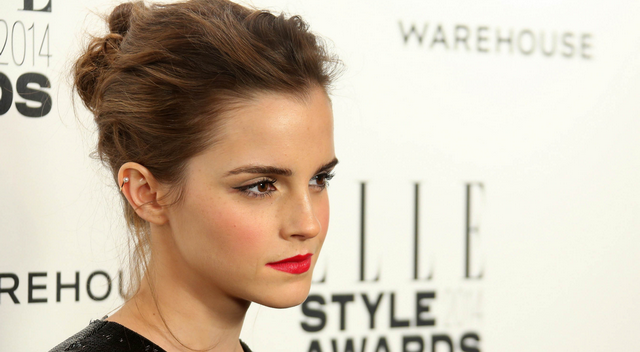 Emma Watson Is Beautiful AND Smart! Graduates From Brown University

It’s pretty obvious that I have a little crush on Emma Watson. Some people might categorize it as a big crush, and those people are probably right. It’s strange, because I usually don’t like any celebrities. Yeah, there are some famous ladies out there who I’d love to have sex with, but I wouldn’t stick around and make breakfast for them in the morning.

But enough about me, let’s talk about Emma. The 24-year-old actress graduated from Brown University over the weekend. The AP reports that she received a degree in English Literature. She posted the photo you see down below a few days ago, with the simple caption, “!” As most of you know, Watson enrolled back in 2009. She was forced to take a brief break while filming Harry Potter in 2011, but she went right back to it after filming. She admitted recently that she was incredibly nervous the first day of school.

“On the first day, I walked into the canteen and everyone went completely silent and turned to look at me. I had to say to myself, ‘It’s okay, you can do this. You just have to take a deep breath and gather your courage.'”

After the awkward first day, Emma says the students accepted her.

“I’ve never even been asked for an autograph on campus. I threw a party for nearly 100 students and not a single person put a photo on Facebook.”