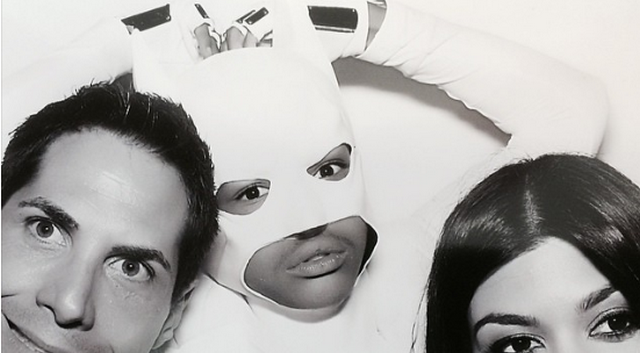 Kim & Kanye’s wedding of the year was filled with talentless people. People who believe they have something special because they have over 100,000 followers on Instagram.

But Jaden Smith was the exception. Not only is the 15-year-old an incredible actor, but he’s also a philosopher. One look at his Twitter feed, and you can just tell he’s wise beyond his years. Jaden took all that wisdom with him to the big wedding. We are not sure how he carried all that knowledge on the plane with him. He probably had to purchase an extra seat, so that his brain could sit next to him.

Anyway, Jaden Smith made it to the big wedding on time. He was there to support his girlfriend, Kylie Jenner. And he decided to impress his girlfriend’s family by wearing a white batman costume to the wedding. Why not, right? This is probably the most normal thing Jaden has ever done. This is the kind of sh-t you expect from a 15-year-old kid.