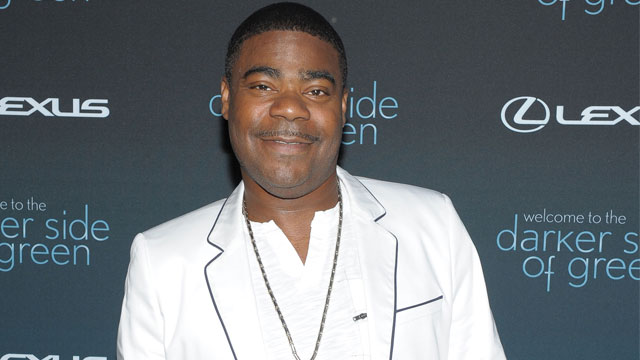 We are so used to things happening to celebrities because they are doing something stupid. They are either high, drunk, driving too fast, or doing something that they shouldn’t be.

This was not the case for Tracy Morgan. Around 1 AM early Saturday morning, Morgan was traveling down the Turnpike in his Limo Van when it was struck behind by a tractor trailer.

The Limo van was on the New Jersey Turnpike when a tractor trailer failed to recognize slow moving traffic. As the tractor trailer driver approached Tracy’s Limo Van from behind he realized that traffic had slowed down significantly but he didn’t. Not being able to stop in time, the tractor trailer swerved to miss the limo but it was too late. The massive 18 wheeler struck the Limo Van spinning it out of control and flipping it over.

The comedian’s publicist released a statement on his condition,

“Tracy remains in critical condition at Robert Wood Johnson Hospital, He sustained these injuries in an accident that occurred early this morning as one of several passengers in a chauffeured SUV returning from a tour date in Delaware. His family is now with him and he is receiving excellent care.  We don’t anticipate much of a change in his condition today but will provide a further update once more information becomes available.” Tracy and another passenger by the name of Jeffery Millea were both air lifted to Robert Wood Johnson Hospital in New Brunswick, NJ and listed in critical condition.

Harris Stanton and Ardley Fuqua Jr. who were also traveling in the van, were also taken to Robert Wood Johnson for treatment.

Passenger James McNair, age 63, was pronounced dead at the scene.

Our Prayers go out to all involved and condolences to the McNair Family.