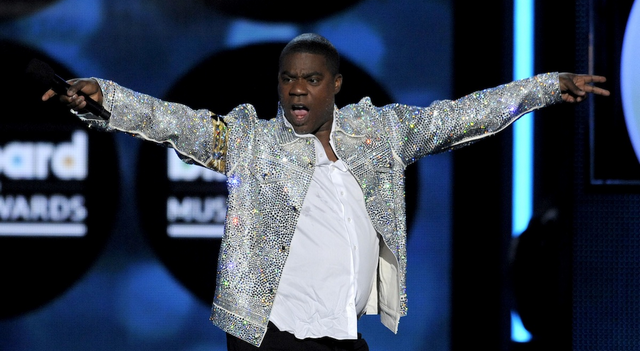 Let’s start with the good news. A rep for the comedian told E! News that the 45-year-old star was more responsive Sunday, and was showing signs of improvement.

“While Tracy remains in critical condition, he has been more responsive today, which is an incredibly encouraging sign. He sustained a number of injuries, including a broken leg, a broken femur, a broken nose and several broken ribs. He had surgery earlier today on his leg.  We expect him to remain in the hospital for several weeks.”

Well, you haven’t heard the bad news yet. An unconfirmed report from MediaUpdate claims Tracy Morgan’s leg injury is so severe that it may be amputated. A source told MediaTakeOut.com the following…

“[Tracy] suffered a number of traumatic injuries, the most serious is his leg. It was crushed during the accident. [Doctors] are working hard to save his leg, but it looks like they may have to amputate.”

We certainly hope Morgan is allowed to keep his leg. If not, we’re sure he will still find a way to do one of these things.