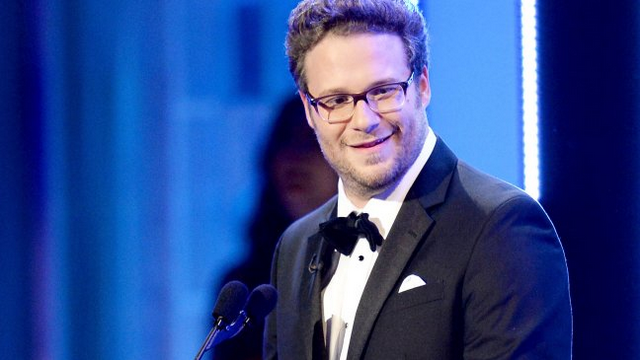 Seth Rogen attended the Produced By Conference on Saturday and he talked a lot about how stupid the MPAA ratings system is. He explained that it would be so frustrating to make a PG movie.

The ratings system “is so stupid why play that game?” He asked while on stage.

“Why even enter a system that stupid? There’s nothing more frustrating than being on set and coming up with a joke and being told you can’t do it because it’s a PG movie. It’s like boxing with your hands tied behind your  back … because of some weird ratings structure. It’s just devastating.”

He explained that making an R-rated movie is much easier, joking that the only thing you have to avoid is penetration.

It looks like we won’t be seeing any PG movies coming from Seth Rogen. That is until he decides to become the next Adam Sandler, because you know it will happen eventually. In ten years, he’ll be dressing in drag and making Grandparents all over the world laugh until they die.

They have The Interview, starring James Franco and Seth Rogen, they are developing an AMC series with Breaking Bad producer Sam Kaplan, they are working on a Christmas Eve film for the holidays and are currently putting together a film called Jazz Cops, which would star Rogen and Kevin Hart.

When do they sleep? Geez.