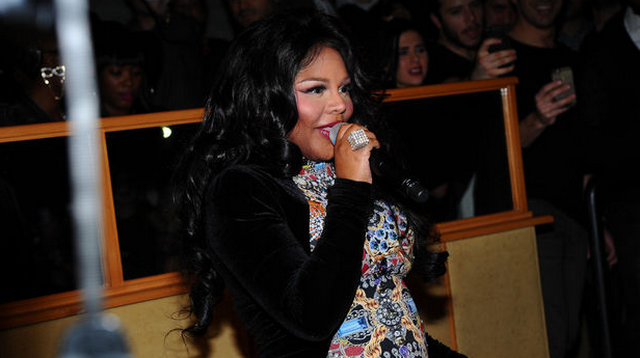 Lil’ Kim Just Gave Birth To A Baby Girl, Can You Guess What She Named Her? (Hint: It’s Ridiculous)

First of all, let’s congratulate Lil’ Kim for successfully giving birth to a little baby girl yesterday. According to Entertainment Tonight, Lil’ Kim popped out the baby just before 10 a.m. on Monday.

So, what did the 39-year-old rapper name this precious child? Royal Reign, which makes sense if you think about it. Lil’ Kim has believed she is a queen for decades now.

Even Lil’ Kim’s baby shower had a royal theme to it. She told InTouch magazine the following…

“Everything had a royal twist. At the beginning of the party, I was announced as The Queen with two trumpeters and even wore a crown!”

It started with a crown and ended with a crown. Oh, snap! Was that a pregnancy joke? I believe it was. Someone get this man a hand so he can pat himself on the back.

Anyway, the royal baby reportedly weighed in at 6 pounds, 5 ounces, and measured 19.5 inches long. This is Lil’ Kim’s first child, and the father is believed to be a rapper by the name of Mr. Papers.

It’s a good thing they named the girl after her mother’s stage name, and not her father’s stage name. Can you imagine a little Post-it Note crawling around in this world?

Mr. Papers: Dammit, Post-it Note! How many times do I have to tell you to stay off the refrigerator!