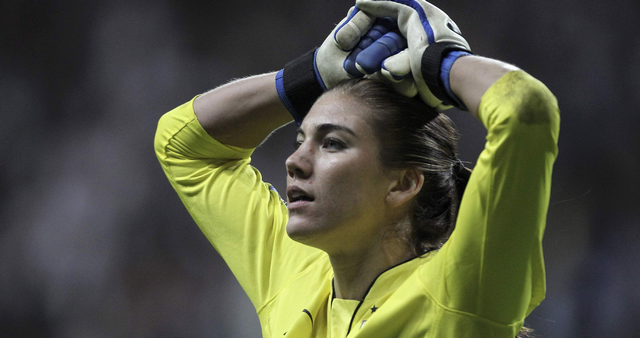 We were all shocked to find out the goalkeeper for the U.S. Women’s soccer team was arrested for domestic violence early Saturday morning. According to authorities, Hope Solo was intoxicated early Saturday when she was accused of attacking her 17-year-old nephew, and her sister.

The male who made the 911 call reportedly told police that a woman would “not stop hitting people”. When officers arrived the home, they heard a disturbance going on inside. Police claim Solo appeared heavily intoxicated and upset.

Police also say Solo’s nephew and her sister had injuries. And after interviewing multiple people, they determined Solo was the “primary aggressor and had instigated the assault”. [more…]

But according to the soccer star, this report is full of lies. She has entered a not guilty plea. Her attorney, Todd Maybrown, wrote the following in an e-mail.

“Our investigation reveals that Hope was assaulted and injured during this unfortunate incident. We look forward to the opportunity to present the true facts in court and to having this matter behind Hope very soon.”

In court, Maybrown also said his client was hit over the head with a broom handle during the assault.

She got a broom handle to the head? That’s some pro wrestling sh-t right there. I think the only way to settle this domestic dispute is by throwing Solo, her sister and nephew in a steel cage. It’d finally be a reason to order a PPV event.