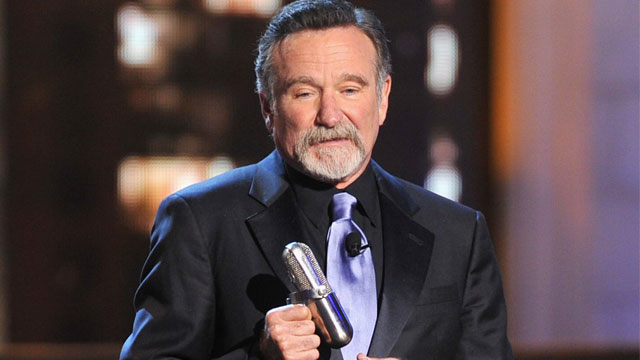 Tragically Robin Williams, one of our most talented actors and comedians is no longer with us.

His wife, Susan Schneider, who is also his publicist, had the unfortunate experience of finding his body. She released a formal statement:

“This morning, I lost my husband and my best friend, while the world lost one of its most beloved artists and beautiful human beings. I am utterly heartbroken. On behalf of Robin’s family, we are asking for privacy during our time of profound grief. As he is remembered, it is our hope the focus will not be on Robin’s death, but on the countless moments of joy and laughter he gave to millions.”

Williams was last seen alive at 10 PM Sunday night. He has been battling alcoholism and depression his entire adult life. This bout started with cocaine and drinking in the early 80’s, he kicked the habit for nearly 20 years with a relapse in 2006 and most recently we reported a relapse in July. [more…] During an interview with ABC News back in 2006, he described his addiction,

“You’re standing at a precipice and you look down, there’s a voice and it’s a little quiet voice that goes, ‘Jump. The same voice that goes, ‘Just one.’ … And the idea of just one for someone who has no tolerance for it, that’s not the possibility.”

He reportedly returned to rehab to ‘fine tune’ his sobriety. He admitted himself back into the Hazelden facility in Minnesota. They have a program that is built specifically to reinforce sobriety.

The Sheriff’s Office Coroner Division suspects “suicide due to asphyxia,” but a formal investigation will have to be conducted before a final determination is made.

Two weeks ago Williams shared a touching photo of him and his daughter in celebration of her 25th birthday.

Williams wed Susan Schneider in 2011 after dating for 2 years. She met him right before his heart surgery in 2009 and helped him with his recovery both mentally and physically. She was the owner of a small design company called Critical Eye Design but since has served as Williams’ publicist.

“Robin Williams was an airman, a doctor, a genie, a nanny, a president, a professor, a bangarang Peter Pan and everything in between. But he was one of a kind. He arrived in our lives as an alien – but he ended up touching every element of the human spirit. He made us laugh.  He made us cry.  He gave his immeasurable talent freely and generously to those who needed it most – from our troops stationed abroad to the marginalized on our own streets.”

Williams had 4 movies that were completed and one in the works:

“Night at the Museum: Secret of the Tomb”

…and Mrs Doubtfire 2 was in the works.

With a net worth of $50 million, this is a prime example of how money can’t buy happiness.

While Williams played many roles over many many years, none of them more favorable to me than that of Popeye. I am what I am.

Rest in Peace to one of the Greatest comedians Ever; Robin Williams.