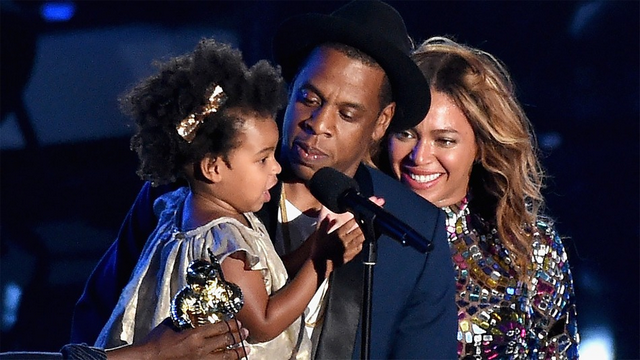 Going into the 2014 MTV VMAs, we honestly thought it would be Nicki Minaj’s a** taking over the show. We thought everyone would be talking about her risque behavior; however, Nicki and her glorious butt were upstaged by a formerly homeless man named Jesse and a two-year-old named Blue Ivy.

Let’s start off with Jesse. Things got pretty emotional last night when Miley Cyrus won Video of the Year. Instead of accepting the award herself, she sent a formerly homeless man named Jesse on stage. He was armed with three little pieces of paper, and on those pieces of paper was a speech to raise awareness for runaways and homeless youth. Jesse was shaking so much that Jimmy Fallon had to step in and hold the microphone for him. You could tell he was incredibly nervous, but it made the moment that much more special.

“Los Angeles, entertainment capital, has the largest population of homeless youth in America. The music industry will make over $7 billion this year and outside these doors are 54,000 human beings who have no place to call home.”

He then directed people to visit Miley’s Facebook page, where she is asking her fans to donate money to My Friend’s Place, which is a homeless shelter in Hollywood. It was a special moment, and it made me respect Miley Cyrus a little more. She is not so bad when she’s not on stage performing.

And now we turn our attention to Blue Ivy. During Beyonce’s 15-minute performance, the cameras couldn’t get enough of her two-year-old daughter. She stole the show as she sat on Jay Z’s lap and watched in awe as her mother rocked the stage with a dazzling performance.

Look at that! If you don’t find that adorable, then you need stop sipping on that Haterade. Jay Z even carried Blue Ivy on stage to present Beyonce with the Vanguard Award after her performance. It was a good night. Probably the first VMAs I actually enjoyed in a long time.