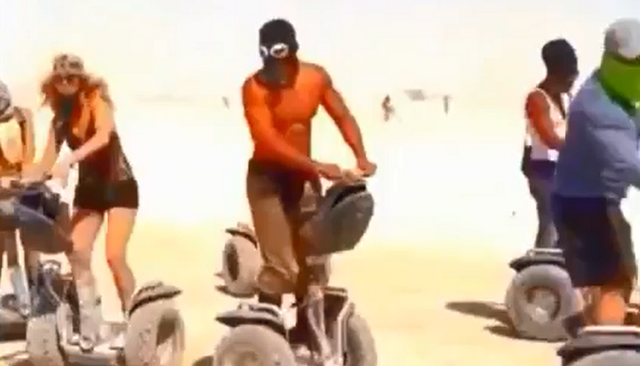 The Video You All Have Been Waiting For: Will Smith Dancing On A Segway At Burning Man

Burning Man is now a place where rich people go to hang out with other rich people to do incredibly stupid sh-t they are not allowed to do inside their gated communities. The latest celebrity to ruin Burning Man is Will Smith.

We have all seen Will Smith dancing, but have you ever seen him dancing on a Segway while wearing a gas mask? Probably not. That’s about to change though. The 45-year-old actor was filmed leading a group of people in the strangest dance routine we have ever seen. You can check out the video down below…

Now, we can’t say 100% that the man in the video is Will Smith, but we are about 98% sure. Just a few days ago, Will Smith posted the photo down below to his Facebook page, with the caption, “Heading to Burning Man!!” 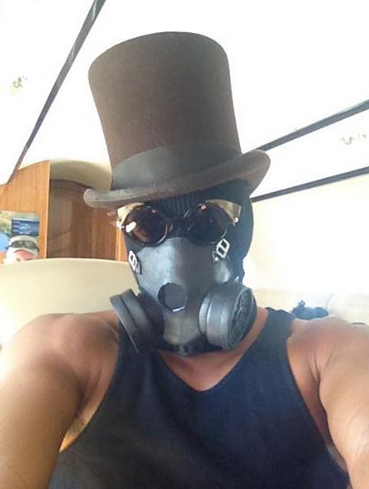 So yeah…we are pretty sure the dude in the video is Will Smith. This actually explains a lot of things. It explains why Jaden Smith is so freaking weird. He obviously learned his strange behavior from his father. Heck, Will Smith is probably the one who told Jaden to wear a white batman suit to Kim and Kanye’s wedding.