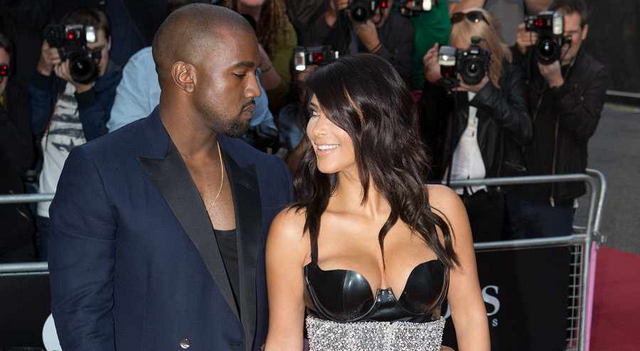 Kim Kardashian Suggests She And Kanye West Have A Sex Tape!

Oh, snap. Not only did Kim Kardashian strip down for British GQ’s Men of the Year issue, but she also talked about her bedroom antics with her husband Kanye West. During the naughty interview, the 33-year-old reality star was asked about that wonderful sex tape she made with Ray J when she was just 22-years-old.

She told the magazine…

“Listen it was years ago. I was 22 years old. You know when you are young you do things with your boyfriend. Back then, I didn’t think making a sex tape was even that scandalous. He was my boyfriend of years and years. Lots of people I know have done it and are doing it.” Good answer, but what about now? Has she filmed a private tape with Kanye West? Could we possibly see Kanye dropping loads on her back sometime in the near future?

“My husband Kanye and I have an amazing sex life. So far as the sex tape is concerned, whether or not we’ve made another … If we have, it’s never something I want to go public. I never want to make the same mistake twice. I am married to an incredible man and let’s just say we do like to have fun.

Have we made another? There’s nothing wrong with being adventurous, having fun and experimenting, but there’s definitely the right sort of person you should surround yourself with. Kanye and I have a very good sex life. What we do privately is private. I think let’s just leave it at that.”

We are just going to take that as a big fat…

Hopefully they have that thing locked down.