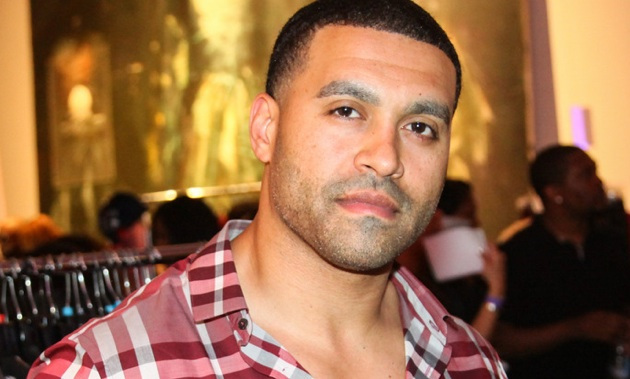 After a Warrant was Issued, Apollo Nida Confirms via Instagram that he Has Turned Himself In.

After several reports that Apollo did not show up to begin his prison stint, it’ has been confirmed that Apollo (or should I say Prison Number: 2236793) is indeed in custody.  He will be serving his time at the FMC Lexington Prison in Kentucky.  He will begin his 8 year bid, a sentence that was drastically reduced for snitching.

A CONFRONTATION WITH PHAEDRA FIRST?

There was also news that Apollo and Phaedra had some words yesterday as the time for him to check himself in neared. Apollo was upset when Phaedra refused to attend his sentencing and he was shocked again when she went on tour to promote her book, instead of supporting him as he prepared to go to prison. This forced he couple apart further and in typical Apollo fashion, he took to drinking and spending time and money at the strip clubs instead of quality time with his family…until last night. [more…]

As the BRAVO TV cameras were rolling, Apollo shows up at Phaedra’s home announced. He allegedly forced his way inside the home and begin yelling at Phaedra,

What the f** is the matter with you! I don’t give a f** about the police call them, I dare you.

Apollo was upset after asking Phaedra to put money on his books in prison and telling her that she better bring her sons down to the prison to visit him. He then went into the bedroom and started to stuff property into a bag. After the incident he apparently went AWOL.

He was scheduled to turn himself in today at Noon but did not show up until just a few hours ago triggering a warrant being issued for his arrest. He is now in custody and graced his fans with a confirmation video on Instagram:

Steve Honig a spokesperson for Phaedra would not elaborate at all on the situation. He simply stated,

There was an incident at Phaedra’s house yesterday involving Apollo, however we’re not getting into any details beyond that.”

Looks like BRAVO will at least have ratings for one more season of RHOA, as I can’t wait to see that footage. This will be the newest mansion that Apollo will be spending his time at.