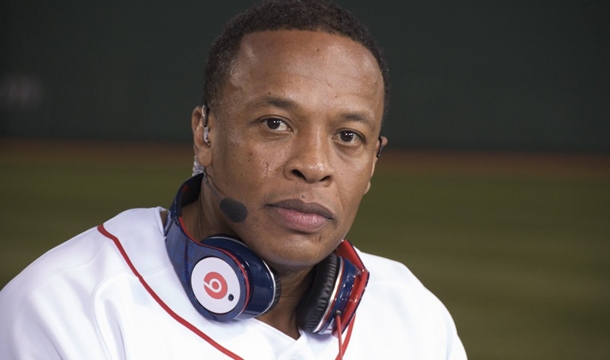 When I say Dre kills them both, I mean he kills them both. Diddy and Jay Z both come in with a respectable $60 million in pre-tax earnings for the year and Dre comes in with more than 10 times that. Dr. Dre’s earnings have been estimated at $620 Million. To be clear, that’s not his net worth, but his earnings. This is the most recorded on the Forbes hip-hop artist list ever.

In fact, the $624 million is more than the entire top 24 all put together. The earnings on the Forbes list are tallied up from June 2013 to June 2014. During this period Dre didn’t have to tour, release an album or produce anything. He simply sold his stake in Beats Electronics to Apple for a cool $3 billion. When the dust settled Dre and business partner Jimmy Lovine made out like bandits. The entire deal brought Dre’s net worth up to a nice tidy $780 million.

COMING IN TIE FOR SECOND….

Jay-Z had his best year since 2010, banking hard off of a portion of his “On the Run” tour proceeds, his Roc Nation empire, his Magna Carta album and D’Usse cognac. Similarly Diddy pocketed his dough from Ciroc Vodka and the launch of his somewhat struggling REVOLT TV. [more…] Other surprises on the list are Lil Wayne and Birdman. I didn’t think they were busy enough during that time period to place in the top 10, but a lot of the work that makes the most money is done behind the scenes. When Forbes puts this list together they have to consider many more revenue streams then in previous years. They look at not only record sales, but endorsement deals, interviews with managers, agents, lawyers as well as clothing and merchandise sales.

ROUNDING OUT THE TOP 10…

Nicki Minaj! I was definitely surprised at this. She is the only woman to crack the Top 10 and I suspect some of that income comes from her salary judging American Idol during the 2013 Season. She also has endorsements with MAC, OPI and Pepsi not to mention for those who didn’t know she is a partial owner in Myx Fusions Moscato. This brings Nicki’s net worth up to the $50 Million mark. Yep – I’m just as shocked as you. All this Anaconda crap is just going to give her Mo Money. Timbaland, Kid Cudi, Akon, A$AP Rocky, Common, Questlove, Nas and T.I. Don’t feel too bad. Making just under $7 million is a problem that most of us are working hard to have.