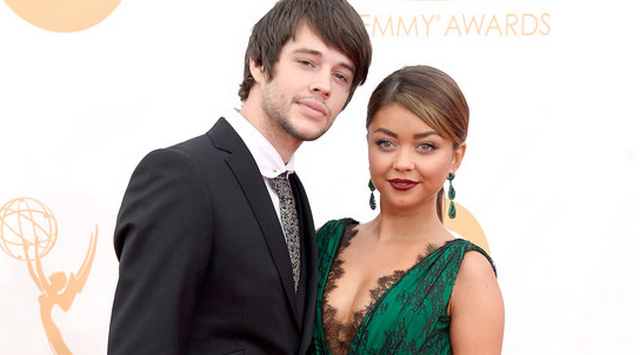 We now know a lot more about Sarah Hyland’s recent breakup with Matthew Prokop, and the details are not pretty. The Modern Family actress has obtained a temporary restraining order against her ex-boyfriend. According to Hyland, Matthew verbally and physically abused her throughout their nearly five-year relationship.

A hearing has been set for Oct. 10 to determine if they should extend the temporary restraining order, which states Prokop must stay at least 100 yards away from the 23-year-old actress and her dog. Why the protection for her dog? Well, because Prokop told Hyland at one point that she would never see her dog again. In addition to the constant threats, Hyland claims her ex-boyfriend pinned her against a car during a heated argument in May. He choked her and repeatedly called her the c-word.

“His grip was so tight that I could not breathe or speak. I was scared and in fear for my life.” Hyland stated in the document. Another interesting development? Julie Bowen, who plays Sarah’s mom on Modern Family, was with her co-star when she finally worked up enough courage to end things with Prokop.

Apparently, Matthew flipped out when he saw Bowen at the house. It was at that point Bowen told Hyland to leave the house because she feared for her safety. This is interesting because Hyland told E! News last year that there was no truth to the rumor claiming Bowen disapproved of her boyfriend.

“There have also been things in the paper—The Enquirer—that we’re engaged and ‘Julie Bowen does not approve,’ which is not—any of that—is all false. It’s all fictitious.”

Can you really blame her for lying though? No one wants to admit their boyfriend is abusive, especially not to E! News. At the time, she probably thought she was protecting herself. She obviously wasn’t, but it’s comforting to know she is now. Hopefully they extend that restraining order for her. 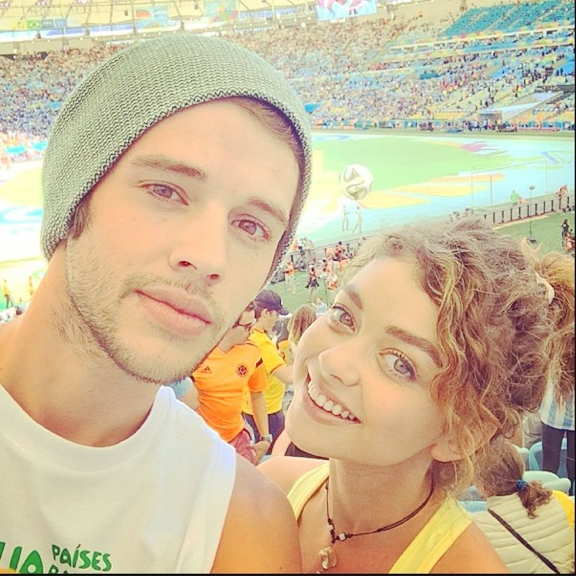