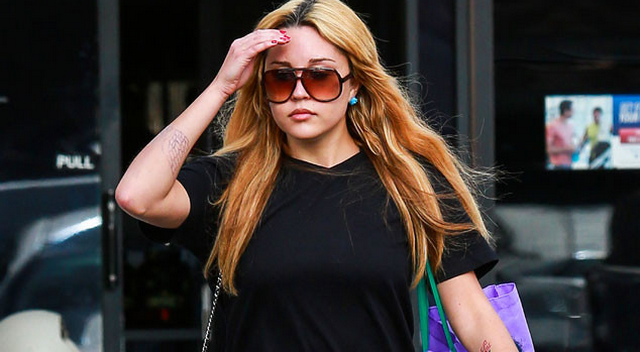 Relapse? Amanda Bynes Arrested For DUI In California, Get The Details Inside!

This is disappointing news. After appearing to get her life back on track, it looks like Amanda Bynes could be sliding downhill again. The 28-year-old actress was arrested early Sunday morning in Los Angeles’ San Fernando Valley.

According to police, she was pulled over because she stopped for a red light. And before you say, “But wait, aren’t you supposed to stop at red lights?” That’s correct, but you are not supposed to stop in the middle of the f–king intersection, which is what she did. Cops pulled her over and she was “given a series of field sobriety tests, which she was unable to complete.” She was charged with a misdemeanor and released later that day on $15,000 bail. And while we know she was under the influence of a controlled substance, we do not know what that substance was.

As we mentioned, this is very disappointing news. After two years of pure craziness, mean tweets and poor decisions, it looked like she was finally getting better. She completed a rehab stint and even enrolled at the Fashion Institute of Design & Merchandising. Family friends told multiple websites earlier this year that they were hopeful and happy with her progress.

Sad stuff. Maybe she went back to the real world too soon. Her court date is scheduled for Oct. 23. We’ll keep you updated.