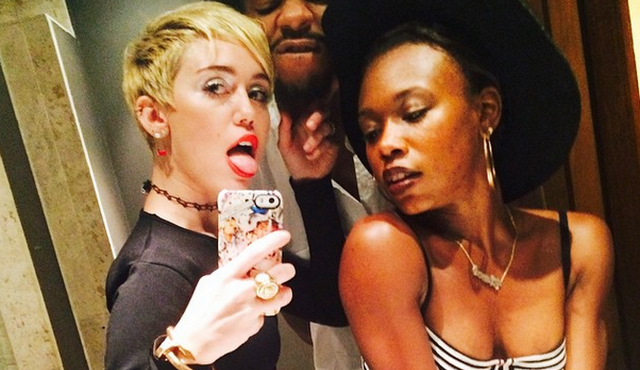 Miley Cyrus might be running low on talent, but she still has enough boobs in her tank to help her make it across the world. The entertaining 21-year-old posted a brand new topless photo on her Instagram account.

The steamy photo was taken in the shower after shutting things down in Rio de Janeiro during her Bangerz tour. According to Miley, this was her, “most hung over show of all history.” She also praised Rio for being a f–king rad crowd. Probably not Miley’s greatest topless photo, but what do you expect? She’s probably tired from being a complete badass on stage. If you’re looking for a “sexy” topless photo from Miley, well, you are in luck.

For a little over a year now Miley has posted several topless photos, and we have some of those lovely photos down below for your viewing pleasure. You have to admire how comfortable she is in her own body. She might be incredibly annoying sometimes, but she does seem like one of the more “real” celebrities out there.