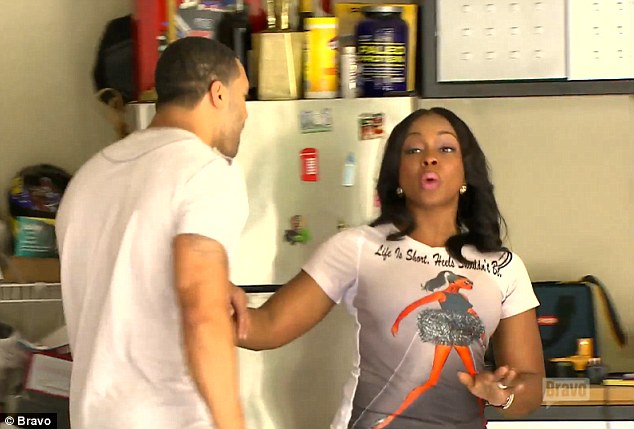 We literally have talked about Apollo from the time he got arrested to the hour before he went to prison. In one of our last post we reported that the evening before Apollo was scheduled to turn himself in, he showed up at Phaedra’s house and went off…..and the cameras were rolling.

What we didn’t know, was that Apollo had accused Phaedra of cheating with a man named Mr. Chocolate.  The clip shows Apollo in a car talking with Cynithia’s husband Peter, saying,

She’s having an affair with some guy,’

Then all hell breaks loose.

In the trailer we get a quick peek at everyone’s story line in 2 minutes.  Candy is spending money on Todd, Kenya can’t get a man, Nene is threatened by the new girl, Todd is still fighting with Candy’s mom, Cynthia and Nene aren’t friends and at the end of the trailer, we see Phaedra jumping on Kenya and Apollo rolling up on the house.   Phew.

Let’s say Season 7 is about to be off the chain!  The season kicks off on November 9th.

Watch the full teaser trailer below.