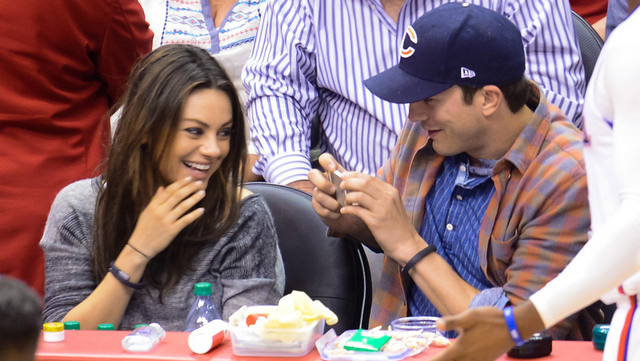 On a scale from 1 to 3,243, just how much did you enjoy the fake excitement I placed in the title? Multiple sources have confirmed that Mila Kunis gave birth to her little baby girl Tuesday night at Cedars-Sinai Hospital in Los Angeles.

We do not know the name of the baby; however, we do know it’s not Microwave, because that would be a ridiculous thing to name a child. For the most part, Ashton and Mila stayed quiet about the pregnancy. They are private people, so they weren’t as willing to share as much information as some other celebrity couples.

But Mila did open up a little bit in the July issue of Marie Claire.

“Two people are allowed in my delivery room. My doctor and my significant other. And he [Kutcher] is staying above the action. He’ll be head to head. Not head to vag. Unless he wants to risk his life and see. But I wouldn’t if I were him. I highly doubt he wants to see that being ripped apart and shredded. Because it will be shredded. It’s just a matter of how badly.”

Oh, yes. Talk dirty to us. She also mentioned during the interview that all she wanted was for her kids not to be assholes when they grow up. I doubt Mila and Ashton will have to worry about that. They will make great parents.

Who can forget Ashton’s motivational speech at the Teen Choice Awards? He’s already inspiring kids around the world!