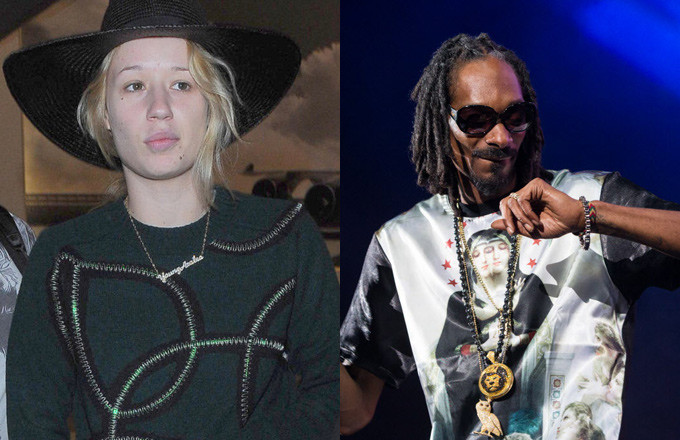 The Most Ridiculous Feud Of 2014 Is Over, Snoop Dogg Apologizes To Iggy Azalea (VIDEO) Back on Tuesday we told you all about the feud between Snoop Dogg and Iggy Azalea. It all started when Snoop Dogg posted a photo of woman with albinism and compared the photo to Iggy without makeup. He basically insulted two people at the same time. He also compared her to Marlon Wayans’ character in the ‘White Chicks’ movie, which is a tired joke.

Iggy didn’t understand where all the hate was coming from, so she posted the following message on her Twitter account.

“Why would you post such a mean pic on insta? I’m disappointed you’d be such an ass for no reason.”

And that appeared to be the end of it. It looked like both Iggy and Snoop were ready to move on from it; however, Snoop’s hate continued on Instagram. He continued with the nasty posts and even called Iggy a c–t in a video message.

“Say bitch, you f–king with the wrong n—a and your n—a better check you before I do. You funky bitch. Yeah you! F–king c–t.”

What does that even mean? I honestly believe an actual dog could have slammed its paws down on the keyboard and formed a better sentence than that. What was he planning on checking her for? Ticks?

Anyway, this strange feud is finally over now. Rapper T.I. apparently called Snoop Dogg and told him to stop being such a dick. Snoop posted the video you see down below to his Instagram account.

There you have it, folks. It’s over…hopefully.