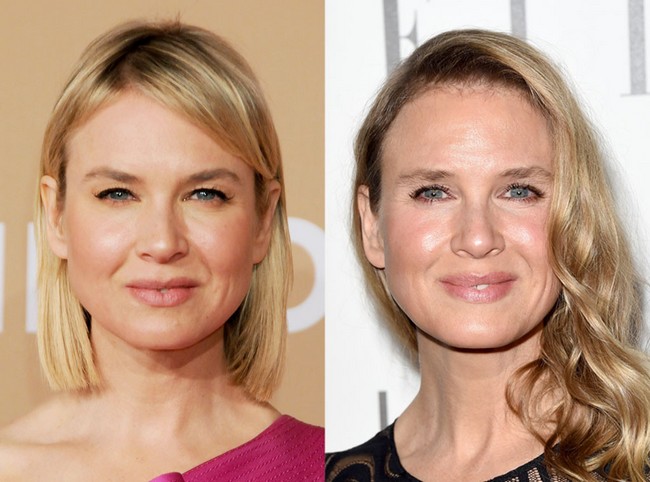 What In The World Happened To Renee Zellweger’s Face? (PHOTOS)

Renee Zellweger. That’s probably a name you haven’t seen in the headlines since the early 2000s. The 45-year-old actress hasn’t appeared in a movie since 2010. It has been a long time since she has walked down a red carpet.

But that changed Monday night when she attended the 21st annual Elle Women in Hollywood Awards. Several photos were snapped of the actress, and she looks completely different! Typically, when gossip websites claim a celebrity looks “completely different” it’s really not that big of a deal.

That’s not the case here. As you can see from the photos, she doesn’t even look like the same person! It’s unbelievable. I realize your face changes as you get older, but it doesn’t f–king transform into another person. What the hell happened? Where is that sweet girl from Jerry Maguire?

After the photos spread all over the internet, rumors started to spread with them. Was she sick? Did she have a lot of surgery? WHAT THE HECK HAPPENED?

Well, she told People magazine that the new look is a side effect of living a happy, more fulfilling life.

“I’m glad folks think I look different! I’m living a different, happy, more fulfilling life, and I’m thrilled that perhaps it shows. It seems the folks who come digging around for some nefarious truth which doesn’t exist won’t get off my porch until I answer the door. My friends say that I look peaceful. I am healthy.”

I don’ t buy it. It’s not like she’s “glowing” or anything. She literally looks like a different person. It’d be like Matthew McConaughey walking in a bathroom and then coming out five years later looking like this…

It just doesn’t make any sense! What do you think happened to Renee? Do you believe that it was truly just happiness?