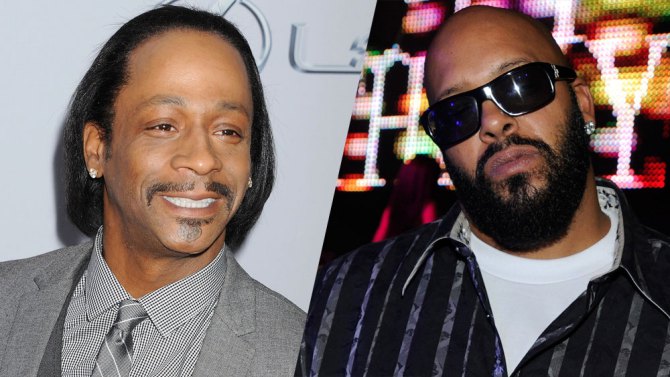 You want proof? I’ll give you proof. Suge Knight and Katt Williams are in a lot of trouble after allegedly stealing a female photographer’s camera in Beverly Hills last month. Both Williams and Knight were arrested yesterday on the robbery charges. Katt Williams, the 41-year-old comedian, was arrested at a courthouse in California. He was actually there for an arraignment in a separate assault case, so the timing of his appearance could not have been better.

Suge Knight, who is still trying to recover from being shot during a VMA pre-party hosted by the delightful Chris Brown, was arrested in Las Vegas without incident.

According to multiple reports, prosecutors were going to ask that bail be set at a whopping $1 million for Knight, and $75,000 for the pint-sized comedian. Due to Knight’s prior conviction for assault with a deadly weapon, he could spend the rest of his life in state prison. Obviously, that is unlikely to happen, but just the fact that it’s possible should frighten Knight. Katt Williams faces up to seven years in prison if he’s convicted of the crime.

Knight’s attorney told NBC News the following, “Mr. Knight was unaware that there was any warrant. We will be addressing the circumstances in court.”

We’ll continue to keep you updated as we learn more information.