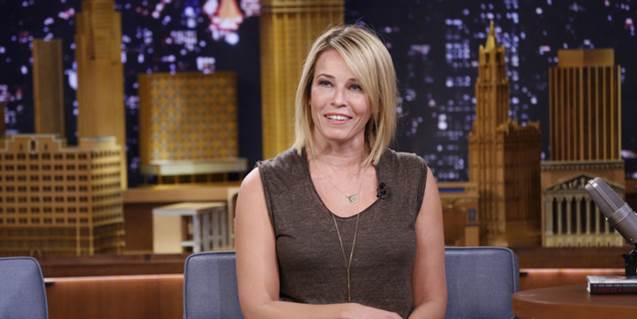 Why is it acceptable to see man nipples, but not woman nipples? That’s what Chelsea Handler wants to know. The 39-year-old comedian uploaded a hilarious photo of herself posing topless on a horse to her Instagram account.

The photo, which can be seen down below, is obviously mocking Vladimir Putin’s famed photo. Sadly, Instagram took down her photo, and the removal angered Handler.  She wrote,

“Taking this down is sexist. I have every right to prove I have a better body than Putin.”

So, what did she do after that? She uploaded the photo again! According to ET Online, Handler wrote the following,

“If Instagram takes this down again, you’re saying Vladimir Putin has more 1st amendment rights than me. Talk to your bosses.”

They couldn’t delete it after seeing that message, right? Wrong. They deleted the photo again and sent her this helpful message. I love how Instagram’s message ends with talking about how she can help keep Instagram safe. As if nipples are going to take over the world or something. I’ve never heard of a nipple killing anyone before.