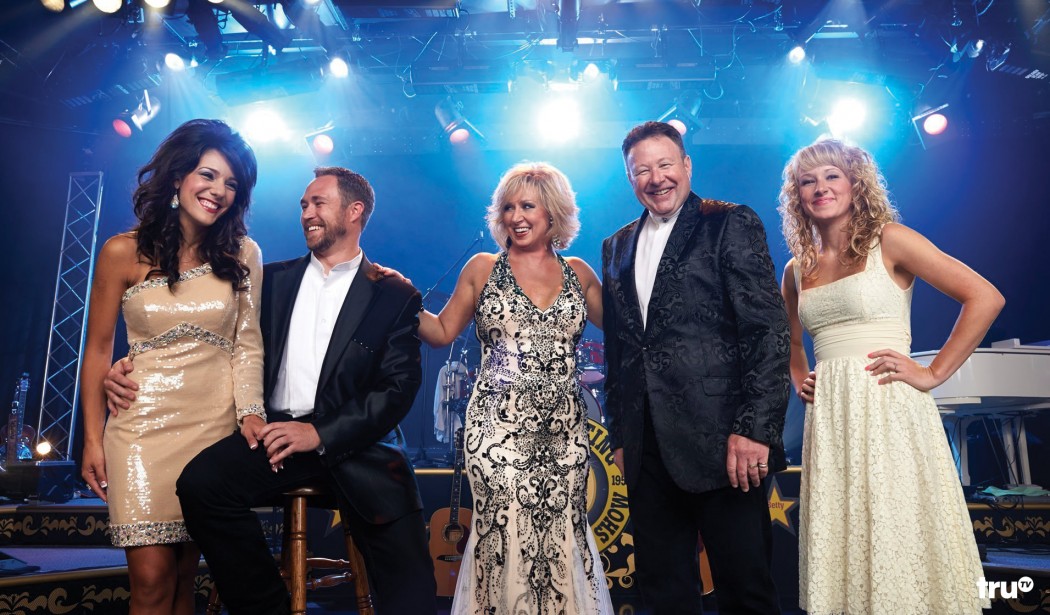 This is a sponsored post written by me on behalf of Branson Famous. All opinions are 100% mine.

Welcome to Branson, Missouri a place once known as the “live music capital of the entire universe”.  The Mabes have been an integral part of creating and maintaining that reputation as the family behind the longest running variety show in Branson, “The Baldknobbers Jamboree”.

The show started in 1959 and the tradition is now being carried out by 2nd and 3rd generation Mabes who take the show and its legacy very serious.  truTV brings us an exciting inside look at what it takes to keep a production like “The Baldknobbers Jamboree” relevant while still keeping true to their rich traditions.  As you can imagine, that is a task that brings a whole lot of family drama and makes for great reality TV.

A SHOW IN A SHOW

truTV is embarking on new territory; Branson Famous will be the first ever “reality musical”.  The cast of characters of this reality show are talented performers and singers and will break out into song at any given moment.  This provides TV viewers a show within a show, something that has never been done before in a reality television series.

While the live show plays on stage every night in Branson, there is just as much comedy and drama behind the scenes as well.  The father Tim Mabe is the face of The Baldknobbers Jamboree and runs the show.  He is married to Patty Mabe, who might have the more challenging job of running the family.  She is particularly protective of her son and heir to the throne Brandon Mabe.  This creates a special kind of relationship between Brandon’s girlfriend Megan McCombs and his mother Patty.  This dynamic makes things immediately interesting and draws in viewers right from the start.

The last member of the immediate Mabe family is little sister Breezy who runs the gift shop.  Considered not ready for the stage, she is in training and just can’t wait to get her shot in the spotlight.

For more in depth character profiles, visit Branson Famous on trutv.com .  You can also view photos and watch clips before the show airs. If that’s not enough country music for you, you can, watch clips and more on YouTube as well.   That will have to hold us until the show’s premiere on December 29th at 10/9C.  I will definitely be watching to see if this “reality musical” sets a new standard for reality TV.   Like Branson Famous on Facebook for updates on the show.

Here is the shows trailer.  Enjoy!