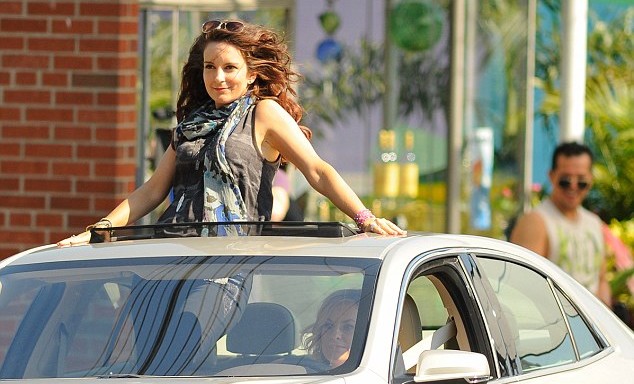 Whether you like it or not, knowing how to drive is extremely important in the world we live in today. Unless you live in one of those rare cities that actually have public transportation figured out, owning a car is a necessity for most adults. But still, there are a lot of adults out there who don’t drive.

They might be too afraid to drive. They could have a medical condition which prohibits them from driving, or maybe they just simply have no desire to drive. If you are one of those people, it’s important that you don’t feel alone. There are people who are in the same boat as you. Even famous people. The 28-year-old Golden Globe winner has admitted several times that she is terrified of driving. Not only is she afraid of hurting herself, but she’s also afraid of hurting someone else. She recently posted the following message on her Twitter account, “To be clear: I can’t drive and as I’ve aged it’s gone from cute to pathetic to intriguing to tragic #strandedforlife.” Frosted tips, mood rings, awesome game shows on Nickelodeon, Saturday morning cartoons, Barbra Streisand driving a car. What do all these things have in common? We haven’t seen them since the ’90s. During an interview with Time magazine in 2012, Streisand admitted to the reporter that she hadn’t been behind the wheel in over a decade. “You know why?” She asked before answering herself, “I was driving one day, and I found myself driving up the off-ramp of a highway.” Russell Brand is good at a lot of things, but driving isn’t one of them. The 39-year-old comedian didn’t take driving lessons until he was 36-years-old. At the time, sources claimed he was only doing it to gain more independence. He hated relying on other people to get around town, so he decided to take on this new challenge. And even though he did obtain a driver’s license, driving around in Los Angeles hasn’t been easy for him. In 2012, he was cited for speeding two months in a row. He has also been spotted driving on the wrong side of the road. 25-year-old Daniel Radcliffe has mastered the flying broomstick, but he still needs a little work down on the roads. The ‘Harry Potter‘ star talked about wanting to get his driver’s license to help his acting career. “I can’t do period films for the rest of my life and just be in horse and carts the whole time.” He told reporters back in 2012. It took him two years, but Mr. Radcliffe did receive his license last month. Let’s hope he’s a better driver than Russell Brand. 44-year-old Tina Fey knew how to drive when she was younger, but she recently admitted that she has forgotten how to drive. And since she lives in New York, it’s not really an issue for her, except when she is asked to get behind the wheel for a job. During an episode of ‘Comedians In Cars Getting Coffee,’ Fey talked about how she almost ran herself over during a commercial shoot when she left the car without putting it in park. Just like Tina Fey, Russell Brand and Lena Dunham, Ricky Gervais can make you laugh until you cry. However, he can’t drive you to the grocery store to pick up some milk and eggs. He claims that he lacks the motivation to learn, “‘I just can’t be bothered to take lessons. I know I’m probably missing out on one of life’s great pleasures but I get chauffeured about.” He said earlier this year. At 85-years-old, Barbara Walters is the oldest celebrity on this list. In a special interview with Vogue, Walters revealed she never learned how to drive, and when she was asked why, she replied with, “Don’t try to analyze me; it’s just how it is.” An interesting response considering she has made a career out of analyzing people.