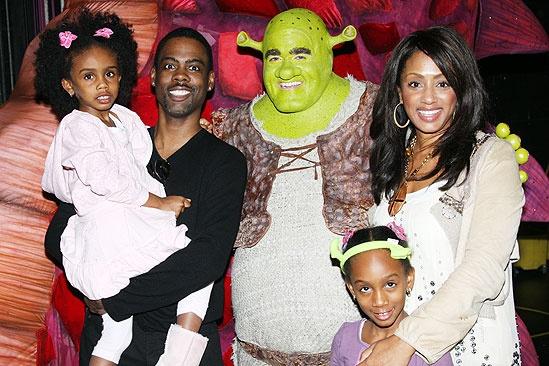 Chris Rock Divorce Getting Nasty: Is His Estranged Wife Keeping Their Kids From Him? We shared the shocking divorce news with you all yesterday, and we even warned you that the divorce probably wouldn’t be a smooth process. It looks like we were right. We are now learning more details surrounding the divorce, and it’s becoming clear that Chris Rock and Malaak Compton-Rock are having some serious issues.

TMZ managed to get their hands on the divorce documents filed in New Jersey last week. The docs reveal complaints from the 49-year-old comedian, claiming Malaak is making it difficult for him to see his own kids. He is requesting shared physical and legal custody of their two daughters. 10-year-old Zahra and 12-year-old Lola.

We also know Rock and his wife had been planning this divorce for a few months now. In November, they were able to identify all the community property to be split up once the divorce is complete.

Another interesting note? There was a prenup signed when they married in 1996, but it expired after their 18-year anniversary. Rock then mentions that Malaak has the “ability to work and contribute to her own support.” And we all know what that means. He’s trying to keep them spousal support payments to a minimum.

We will continue to keep you updated as we learn more information. Sounds like things are off to a rocky start.