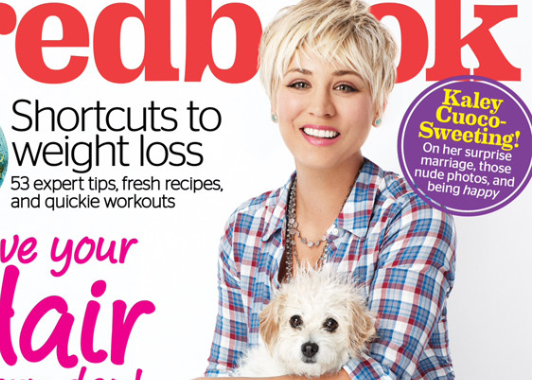 Kaley Cuoco Claims She Is Not A Feminist, Reveals She Has No Idea What It Means To Be One Kaley Cuoco-Sweeting is the perfect example of what feminists around the world have been fighting for. She is one of the highest-paid stars on television, and she has made the choice to be a loving and supporting housewife while kicking a** at her career. That’s it. This is what feminism is. Being able to make the decision that you want to be a housewife and/or have a successful career.

But ‘The Big Bang Theory‘ star doesn’t seem to understand that. When asked if she considered herself to be a feminist during an interview with Redbook magazine, Kaley replied with, “Is it bad if I say no?” Yes. It is bad. Very bad.

Anyway, she then explained that it’s something she doesn’t even think about because she hasn’t faced inequality, which is a terrible reason to ignore something that does exist.

It’s not really something I think about. Things are different now, and I know a lot of the work that paved the way for women happened before I was around… I was never that feminist girl demanding equality, but maybe that’s because I’ve never really faced inequality.

And then Crazy Cuoco seemed to suggest that being a loving housewife is something you can’t do if you are a feminist.

I cook for Ryan five nights a week: It makes me feel like a housewife; I love that. I know it sounds old-fashioned, but I like the idea of women taking care of their men.

That’s great! Hating men is not a requirement to be a feminist. Feminism is about giving women the freedom to make decisions about themselves. One woman may have dreams of becoming the most perfect housewife on the planet, and another woman may have dreams of becoming the best president this world has seen. It doesn’t matter, as long as they are allowed to make the decision and be given a fair opportunity to achieve their dreams.